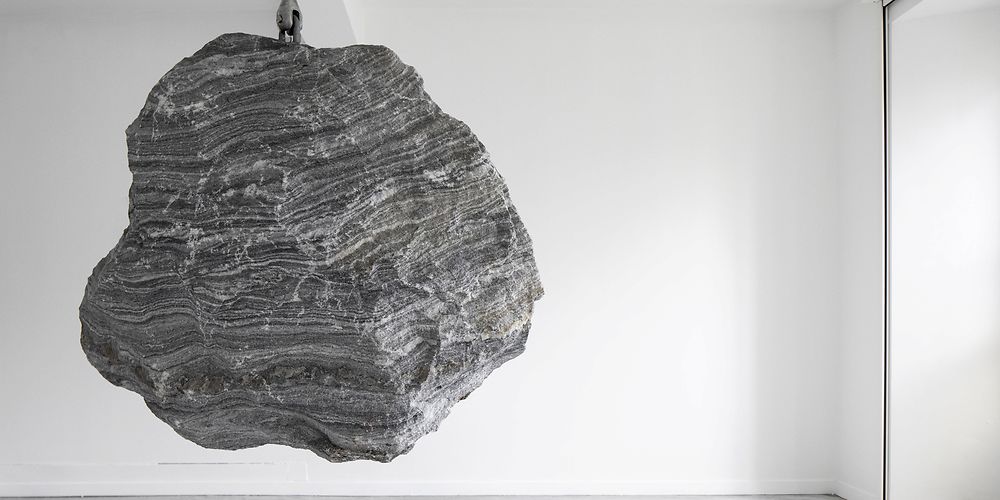 EXTRACTIONS is an exhibition that brings together various artists working around the destruction and alienation of landscapes. The extraction of resources necessary to sustain the consumption of food and technology results in degraded, heavily polluted environments across the globe.

They are the ruins of dreams of progress, the wreckage of unbridled consumption. The impact of the exploitation of a landscape extends beyond 'nature' alone: it disrupts societies, displaces local populations, causes wars and (geo)political tensions. Traces of the past (colonial histories, inventions, trade relations) will thus continue to have an impact far into the future. In a selection of (video) installations, photographs, sculptures and performances, EXTRACTIONS focuses on a number of materials and locations that are situated at the intersection of these conditions.

The exhibition EXTRACTIONS is itself like a landscape. Together, the installations, photographs and sculptures form an alienating environment. Destroyed, abandoned zones, polluting materials, rare metals, objects that seem to have a life of their own: it is a disaster environment that is the direct result of long-distance technologies, smartphones, batteries for electronic cars, excessive meat consumption, and a host of other things that are part of daily life for many and essential to a consumer-oriented economy. The audience, hesitant, aloof, wearing mouth masks, belongs in this context. Wandering among the disasters, they are also at once cause and effect.

What kind of people live among all these ruins and disasters? What figures are formed by the tension between comfort and destruction, between consumption and madness? What strategies, what deformations must humans adopt in order to survive in a context which, by their own doing, is becoming increasingly unlivable? Isolated beings, sensory deprived, in overdrive, roam this exhibited landscape, with which they are each in their own way, one with.

The cycle of cause and effect of ecological and socio-political consequences of economic systems, inventions and the urge for power forms a red thread through the work of Kris Verdonck / A Two Dogs Company. With EXTRACTIONS, A Two Dogs Company organizes for the first time an exhibition that places this work in a broader artistic context.

With photographs, sculptures and (video)installations by: